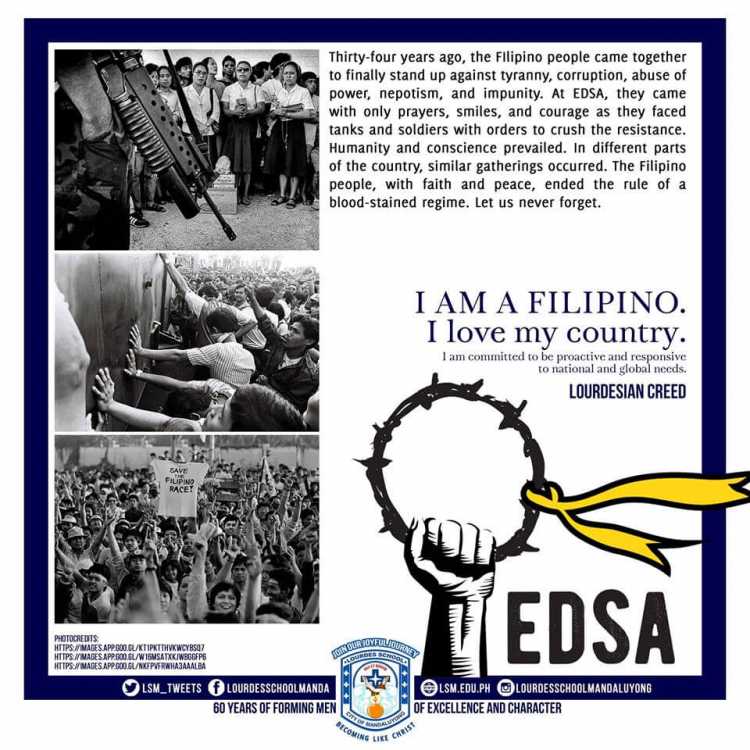 Masters, thirty-four years ago today, the Filipino people came together to finally stand up against tyranny, corruption, abuse of power, nepotism, and impunity. At EDSA, their voices echoed they came armed with only prayers, smiles, and courage as they faced tanks and soldiers with orders to crush the resistance. Undaunted, the people chanted: Tama na, sobra na, palitan na. (We’ve had enough; it is already too much; Things must change.) That day, humanity and conscience prevailed; even soldiers with sworn oaths to obey discovered in their hearts a higher and nobler command: love of God and love of neighbor. In different parts of the country, similar gatherings occurred. The Filipino people, with faith and peace, ended the rule of a blood-stained regime. Let us never forget.