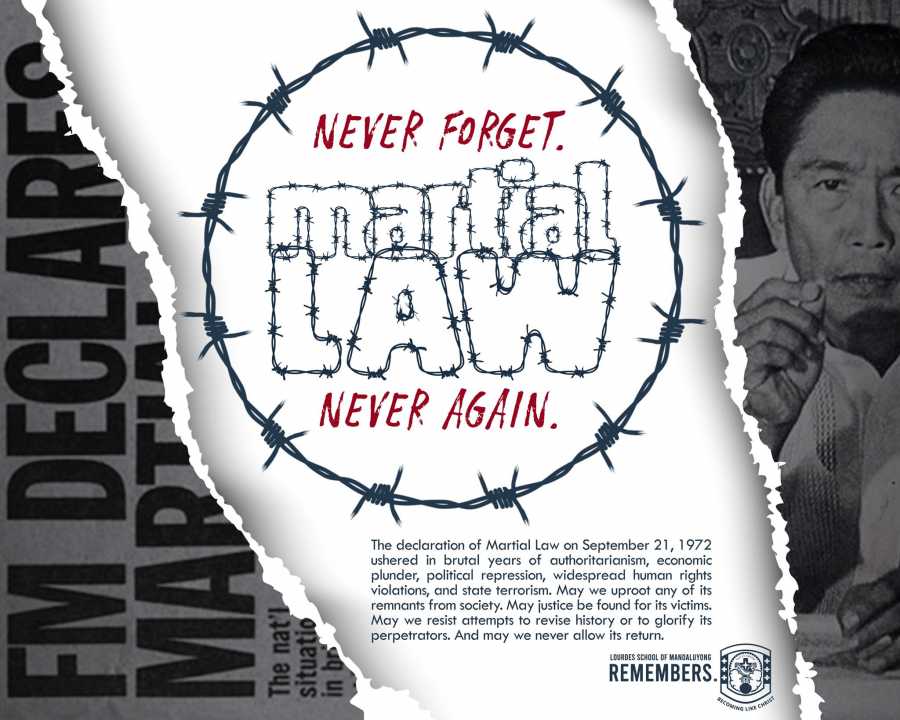 In 1972, the Philippines was placed under martial rule with the assertion that it had become absolutely necessary in order to address Islamist separatism, communist insurgency, and urban unrest due to widespread student protests. Although Martial Law indeed significantly reduced urban crimes and returned a sense of public peace and order, it also led to rampant human rights violations, abuse of public authority, as well as corruption, nepotism, and impunity in government and state forces. While the ruling administration claimed that Martial Law was necessary to protect, uphold, and advance public welfare, government coffers were actually being pillaged and national interest was being severely compromised. Dissent was suppressed, the press was gagged, and critics were intimidated into silence. Many among those who dared to oppose the dictatorship were jailed, tortured, summarily executed, or simply disappeared altogether–including their family members.

One such victim is 16-year-old Lourdesian Luis Manuel “Boyet” Mijares who was tortured, killed, and dumped from a helicopter. He was not a political activist or an insurgent; he was a gentle and well-loved high school student. However, he was the son of the desaparecido Primitivo “Tibo” Mijares who authored the tell-all first-hand exposé ‘The Conjugal Dictatorship of Ferdinand and Imelda Marcos’ which revealed the abuses and excesses of the First Couple. Tibo, who had been in exile in the US, was somehow persuaded to return to Manila in 1977; he was not heard of again since boarding the plane that was supposed to bring him home. Shortly afterwards, Boyet was kidnapped; his mangled remains were later found in the mountains of Antipolo.
The march of the decades can dull our collective memory. When we allow ourselves to forget, we will inadvertently allow the tragedies of our history to return and inflict their contagion upon us again. We must be vigilant never to allow the objective facts of history to be forgotten, its lessons to be twisted, and its stories distorted. This is our duty to the future. Pax et bonum. #NeverForget #NeverAgain #NoToMartialLaw