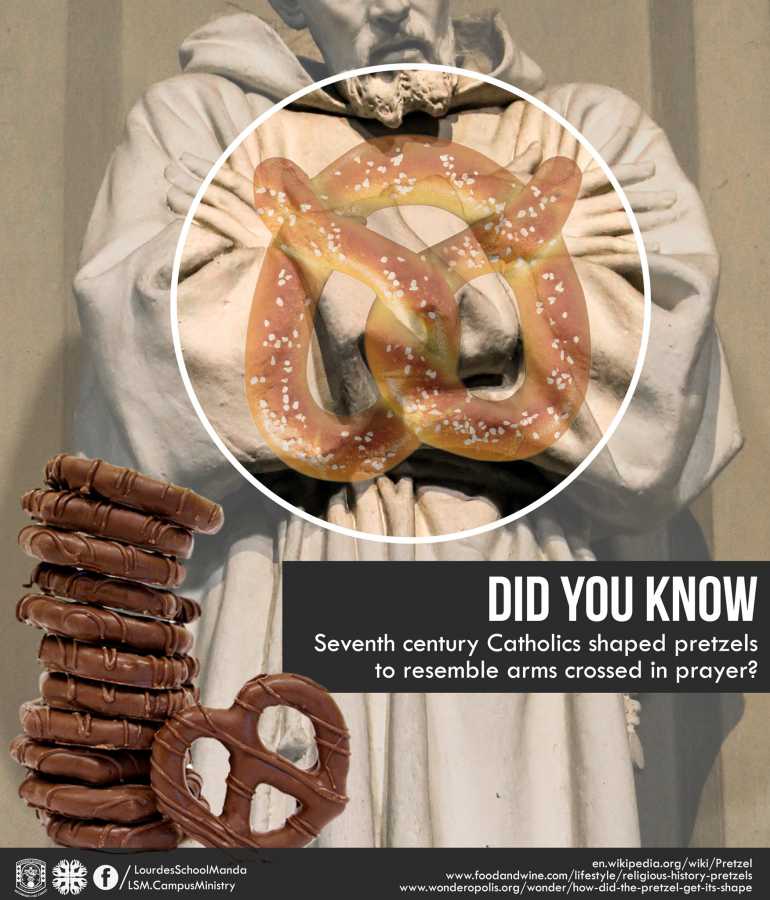 The knotted shape of pretzels is supposed to resemble the arms of someone in prayer. It is said that a monk in the seventh century would give these treats as little prizes (pretiola) to students or children who have memorized their prayers. Originally made only of water and flour, it once had been considered Lenten food. Pretzels were also hidden to be found during Easter (in the same way Easter eggs are hunted nowadays); people even used to hang pretzels on Christmas trees! So every time you bite into or nibble on one of these humble snacks, take a moment to remember that pretzels have over a 1,400-year-long history that is tightly entwined with Catholic culture and spirituality.