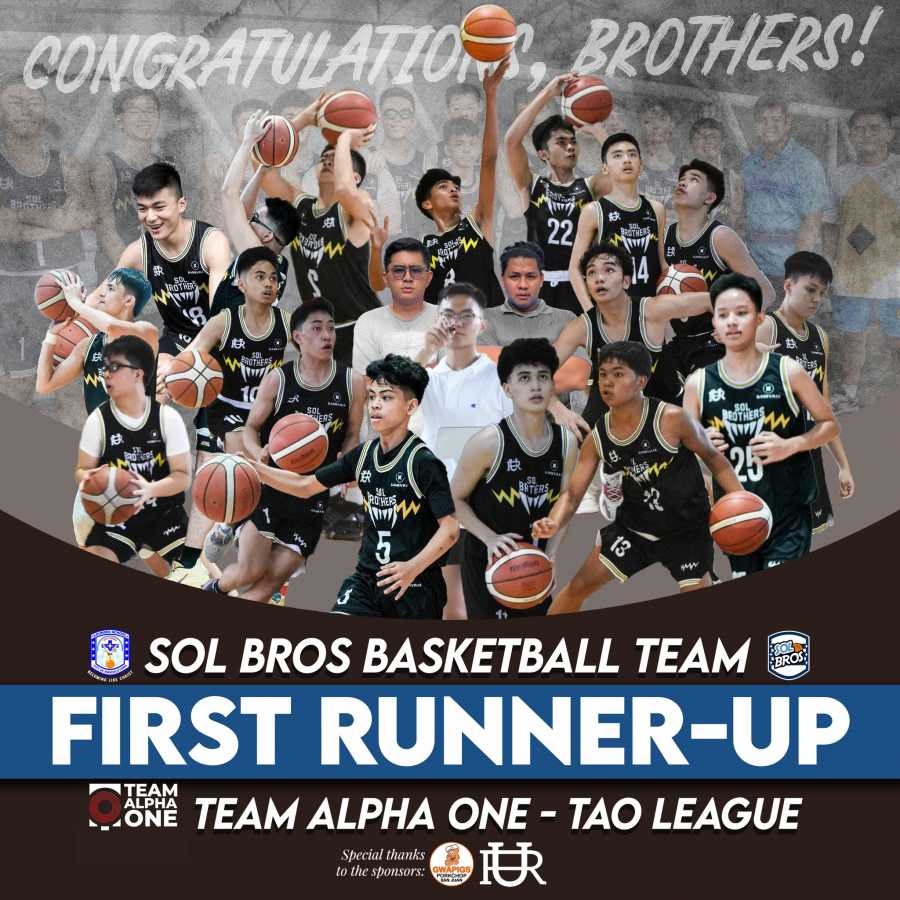 As they say, “It is not where you place, it is how hard you worked to get there.” LourdesSchool Mandaluyong congratulates our SOL Bros 17 Under Basketball Team for placing 1st Runner-up in the recently concluded Team Alpha One – TAO (Team Alpha One League) Season 1 last November 13, 2022 at Metroasia Arena Pasig. Our Griffins fought hard even though they fell a little short behind the Spring Cooking Oil Team. It was still a good run as they swept the elimination up to the semifinals. Grit, resilience, teamwork, and faith brought our team to triumph.

Let us support and pray and continue to root for our SOL Brothers Basketball Team to their next leagues.

Kudos to the Coaches and Lourdesian Masters behind the success of the SOL Bros Basketball Team: