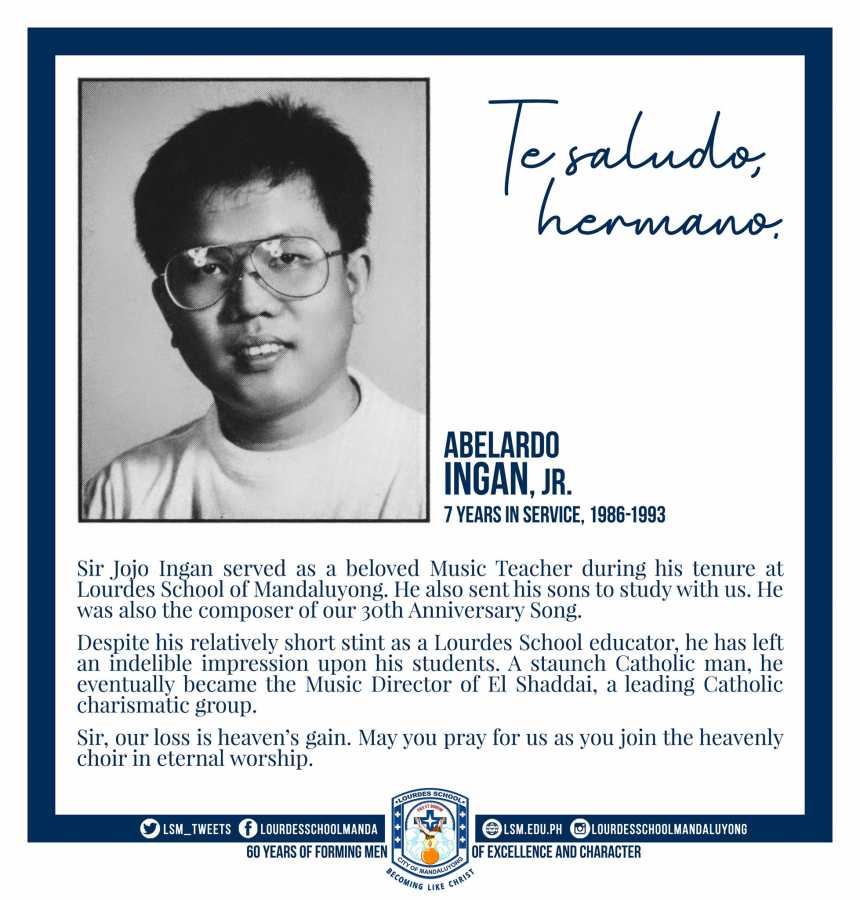 A great Lourdesian formator reunited peacefully with our Creator last July 28 at the evening Angelus hour. Mr. Abelardo Ingan, Jr., fondly called Sir Jojo, was a brilliant maestro whose exemplary service to the School and to the Church through his music ministry has inspired a multitude of other musicians to hone their craft.
But we remember him not merely for being such an excellent Music teacher. He also composed our 30th Anniversary Song and sent his sons to study in our august halls. Despite his relatively short stint as a Lourdes School educator and formator, he has left an indelible impression upon his students and will be fondly remembered by his colleagues for being a loving and caring friend. A staunch Catholic man, he eventually became the Music Director of El Shaddai, a leading Catholic charismatic group.
Sir, our loss is heaven’s gain. May you pray for us as you join the heavenly choirs in eternal worship.
For details regarding Requiem Masses and visits, please send a message to his son, Jose Maria (Jo, SOL 2014), via facebook (fb/Nanjoisloud).Te